Californians are buying earthquake insurance at a faster rate than ever before. In 2017, the California Earthquake Authority reported that over 1 million California residents had taken out policies, the highest in its history.

A standard homeowners insurance policy will not cover earthquake damage. Fire damage following an earthquake may be covered (a common issue following earthquakes), but property damage that occurs as a direct result from an earthquake requires separate coverage.

As earthquake insurance is not mandatory or legally required, whether or not you take out an EQ policy may depend on a few factors. If you’re on the fence about earthquake insurance, there are a few points to consider before making a final decision.

There are multiple reasons why more Californians are buying insurance. One major reason has to do with the increased risk of another “big one”.

The US Geological Survey reports that California is at a major risk of a 6.7 magnitude earthquake or stronger. This would be equivalent to the 1994 Northridge Earthquake, which resulted in 57 deaths and up caused up to $85 billion in property damage.

Homes are particularly vulnerable from earthquakes of this magnitude. Around 125,000 residents were temporarily homeless as a result of the 1994 disaster due to severe damage to around 82,000 residential and commercial residences, and over 5,000 mobile homes.

With the risk of another major earthquake increasing every year, homeowners should strongly consider purchasing earthquake insurance. It’s impossible for scientists to predict exactly when the next major magnitude earthquake will occur, but USGS predicts there’s a 99 percent chance another catastrophe will occur within the next 30 years.

The Location of Your Home 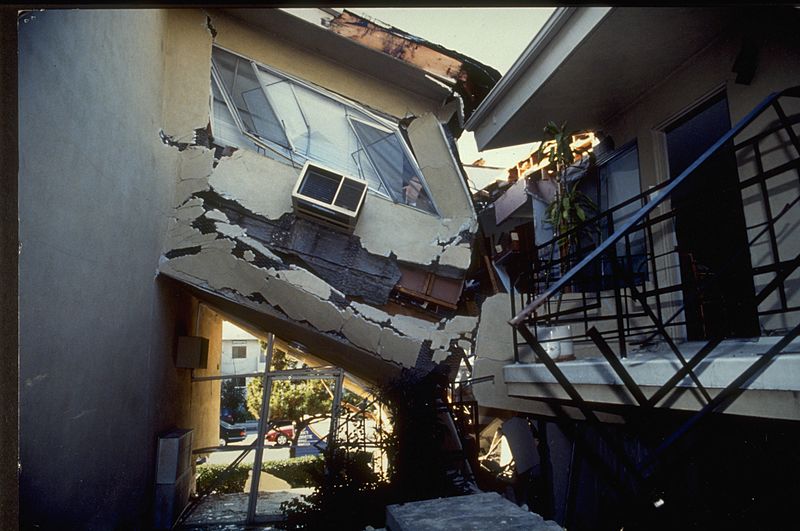 Almost every resident living in California is at risk of earthquake losses. According to the California Earthquake Authority (CEA), there are over 500 active faults in the state. The CEA also notes that most Californians live within 30 miles of a fault line.

Strong earthquakes can be felt for hundreds of miles, making the major damage zones typically well within a few dozens of miles or more, depending on the intensity of the quake. As such, if you own a home in California, you are likely at risk of major damage to your home should a large earthquake occur, as predicted.

For more details, the CEA has a convenient earthquake risk map that will show your risk percentage based on your county.

The Age and Type of Your Home

At present, new construction in California must follow the 1997 Uniform Building Code, which includes Seismic Provisions that address how buildings in the state are to be designed to help withstand earthquakes. The Seismic Provisions include considerations such as building material strength, story drift, redundancies, and more.

However, if you have an older home, it may not be properly retrofitted against potential earthquake damage from a 6.7 magnitude quake or higher, and may not have been updated to meet newer standards. Homes that are several decades old may also have pre-existing damage from decades’ worth of earthquakes. That damage may also have either gone unaddressed or could be undetected.

Manufactured homes, in particular, are at a higher risk of suffering earthquake damage. According to AIR International, following the 1994 Northridge Earthquake, nearly 50 percent of impacted manufactured homes fell off their supports as a result of the disaster. While these supports are designed to mitigate the impact of an earthquake, falling from the supports can still be costly to fix, and the full cost may not be covered under a standard homeowners insurance policy.

The amount of equity you have built up in your home may be a factor to consider. As you pay off the mortgage on your home, you build equity, giving yourself more ownership over your home.

More equity in your home also gives you breathing room to borrow against that equity for improvements and repairs. Consequently, if you have limited equity in your home, you’re ultimately more vulnerable should you find yourself trying to recover from a natural disaster.

Earthquakes can cause damage to different parts of your home, with foundation damage among the worst. According to HomeAdvisor, the average cost to fix a damaged foundation can run between $5,000 to $10,000. Additionally, homeowners without earthquake insurance pay over $30,000 in repairs, which includes recovering from damage to the foundation, walls, the roof, and more.

If you have built up equity in your home, you may be able to take the risk of going without homeowners insurance, and instead, borrow against your equity should an earthquake occur. There’s still a risk of large out-of-pocket expenses, however. Those without little to no equity will not have this option at all, making it far more important to consider earthquake insurance as a more manageable way to mitigate the risk.

What Does Earthquake Insurance Provide?

Earthquake insurance is likely a valuable option to consider if you’re a California homeowner. Not only does this type of insurance cover the cost of damage associated with an earthquake, but it may also provide living expenses should you be forced to abandon your home for a long period of time following the disaster.